As promised on Facebook and Twitter, here is the picture I posted and the captions that were entered in my “CAPTION THIS” contest: 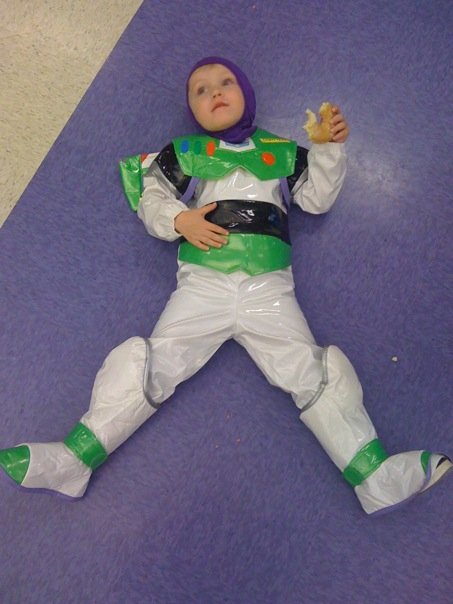 Luke became overwhelmed after learning that Buzz Lightyear – not Darth Vader – was his true father. And to think, the clues were there all along. (Jordan Bastian)

Buzz asked Jr. to taste test his new recipe that he got from Karl’s new cookbook! (Tammy Jones @vbscrazy)

Toy Story 3: No Doughnut Gets Left Behind (@alyssaglick)

To Immodium and beyond! (@marc_romero)

the evil pirate Zorkons were approaching us from the aft vector to raid our donut loot, but I was able to prevent them. *burp* (Glenn Woods @thurios)

Donut try this at home, I’m a trained professional (@samluce)

To Naptime and Beyond! (@fathershousekid)

This is what happens when those intergalactic cops have their fill of doughnuts. (@franktan)

AND THE WINNER IS:

Rob: Twitter or FB message me and name and claim your prize!
(What do you want? Ask reasonably and ye just might receive!)