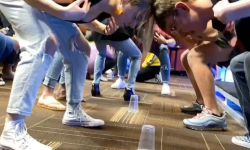 Last night in youth group, our Youth Intern, Josh, introduced a super fun game! I have no idea where he got it, or if he made it up – but it was a blast! It is an elimination game! Kids pair up head to head, if an odd number, either grab a leader or that student waits until the next round. The students face off with a plastic cup on the ground between them, placed upside down. The leader calls out body parts and the players have move their hands to that spot – head, knees, toes, eyes, nose, etc. BUT when they say “CUP!” the pair each try to grab the cup. If they grab it, they remain in the game. The other player is “out” for the rest of the round. ALSO – if a student touches the cup when “CUP” was not called, they are immediately out! So they need to listen carefully and the leader attempts to trick them into lunging toward to the cup! Here is a quick video of the game in action! HAVE FUN! (and have lots of cups on hand!) 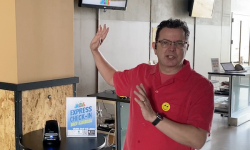 The results are IN! I’ve been using KidCheck at my church since the launch last fall, and not only do I love it, but our parents and volunteers do too! I decided to film a short review to show you what I love about KidCheck at my church: Here is an overview of what I LOVE about @KidCheck: Great Support Speedy Sunday Set Up Easy Special Events Set Up EXPRESS CHECK-IN (It’s like Fast Pass for Church!) Awesome Reports Thought Through Security Adaptable to Youth Ministry (without stickers) Flexible options for paid child care Crazy Customizable! Did I mention, Great Support? YES! AND… did you know? You can get a discount on your first year of KidCheck when you are a Kidology All Access Member? Check out Kidology.org/kidcheck to learn more! 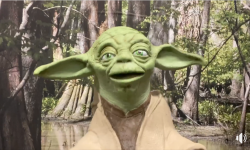 Take it from Yoda, himself. There is no “Baby Yoda.” He is cute, yes. He is the same species, yes. But Yoda is long gone. Who is this baby? Hopefully we will learn soon. CLICK and see what Yoda has to say about all this “Baby Yoda” stuff… Service Public Announcement this is from Yoda regarding so-called “Baby Yoda.” Listen you must!! #starwars #disney #mandalorian #disneyplus #yoda #babyyoda #babyyodameme 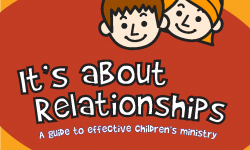 NOTE: This is not a book of fluff, it is practical and will help you grow relationships. There is no shortage of programs, resources, or ideas in children’s ministry today—but at the end of the day, what is most effective in reaching kids for the Gospel hasn’t changed in a hundred years—it’s building relationships and personally introducing children to the Savior. This ebook is loaded with practical ideas on how to have a more relational ministry. You’ll be surprised by the results! The most incredible aspect of Creation was that God walked in the garden with the crown of His creation. They had a relationship with God that sin severed, ending a fellowship we can only imagine. For centuries, that relationship became one of distance and of fearful respect until Jesus came to walk, talk and relate with man. He came to live in relationship with mankind. He didn’t just die on the cross to offer salvation. He invites His beloved creation back into an intimate relationship with Himself and to genuine fellowship with each other. That is why the secret to effective ministry that has long term results can be summed up in one word: relationships. All that has… 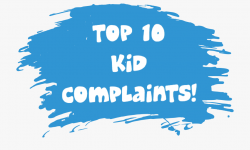 Introducing The Complaining Game! How do we help kids focus on the positive? This is what I did one Sunday. I put 10 common complaints of kids onto slips of paper and then put them on the top of 10 buckets. Kids then go 3 Popsicle sticks to use to vote. They put a Popsicle stick in the top three buckets they complain about the most. Then, we totaled them to discover the top complaints. Here was our results: BUT, then I flipped the papers over to reveal the postive aspect of that complaint. Don’t like to clean your room? Be thankful you have a room, and a house! Hate eating veggies? Be thankful you have food to eat! Internet too slow? Be thankful you have Internet! Download all the complaints and “flipped” gratitude statements here. Find out what your kids top complaints are, then help them “flip it” to see why they should be thankful instead. Included is a full size version of this graphic I sent to parents to help them see what their kids were complaining about.