So I was sitting at Burger King writing while my son was enjoying a kid’s meal and playing in the play area. He was delighted because his meal came with a cool Monster Truck! After a while, he noticed that there were two more Monster Trucks under the play area that had apparently rolled there. We discussed how some poor kids apparently lost their toys and probably left in tears. Luke said he wished we could retrieve them, but they were impossible to reach. One of them was extremely far away, and the other had broken into the two pieces it originally came in, wheel base and top shell. The space under the play area was locked and only accessible by an employee.

I said to him,“They are only impossible to get if you lack the will to accept the challenge and the ability to use the resources at your disposal.”

I replied,“Do you know what a challenge is? It’s when you decide to attempt something that appears impossible, using what you already have. Let see what we have available to us and try to get those Monster Trucks! The worst that can happen is that we’ll fail.”

Luke said, “Those kids’ dads failed; they left them here.”

I answered, “I bet they didn’t even try.” (Do you see the Life Principle here?)

Our first tool was a foldable “Wet Floor” sign that enabled us to get the top half of one car out, but that by itself was pretty useless. I knew we needed to get more creative to reach farther under the play area where the trucks had rolled. I asked Luke what we’d need if we could have anything we wanted – if we had unlimited resources. He said a stick would be perfect. So I said, “Great idea! Then let’s make a stick! I’ll be right back!” 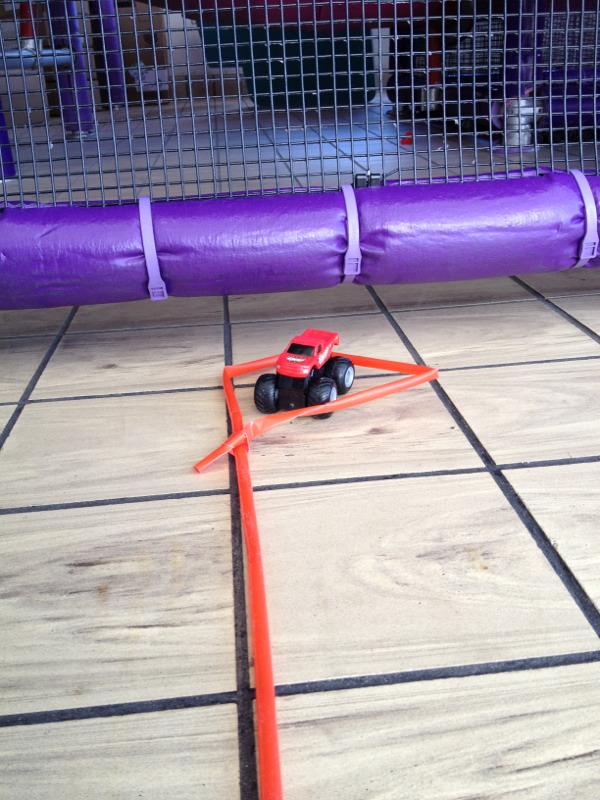 I returned with a hand full of straws. We constructed a stick out of straws, and then from two different locations, with quite a bit of work, we were able to fish for the bottom half of the first car and then the entire second car.

We ended up with quite an audience of cheering kids and curious moms as we worked the trucks toward Luke’s eager fingers! 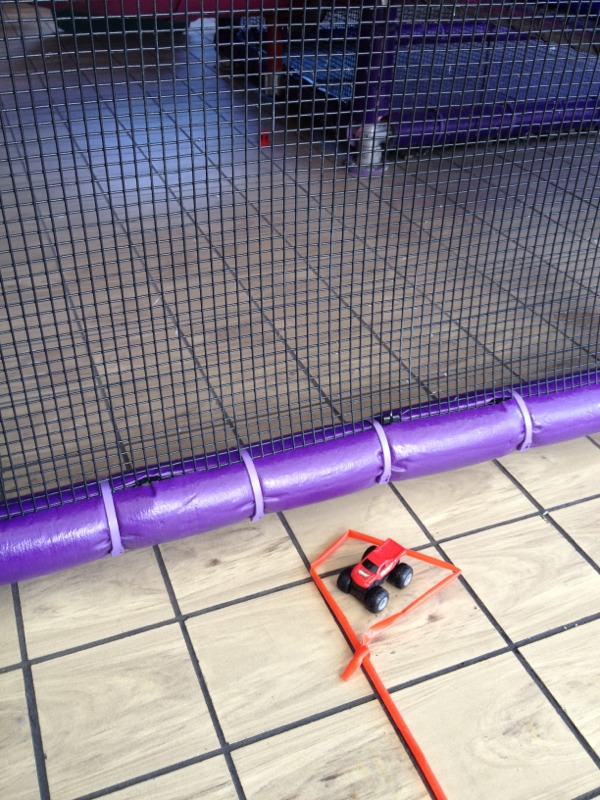 Finally, the quest was over. What had seemed impossible resulted in Luke having not one, not two, but THREE cool Monster Trucks to take home! But he also went home with an important lesson:  When you accept a challenge and put your mind to something, using what you already have, you can do the impossible when others give up and leave good things behind. Even if we had failed in our quest, we would still have succeeded in trying! Life is all about attempting the impossible, and the worst that can happen is that you might fail. I want my son to know that trying and failing is better than not trying at all. 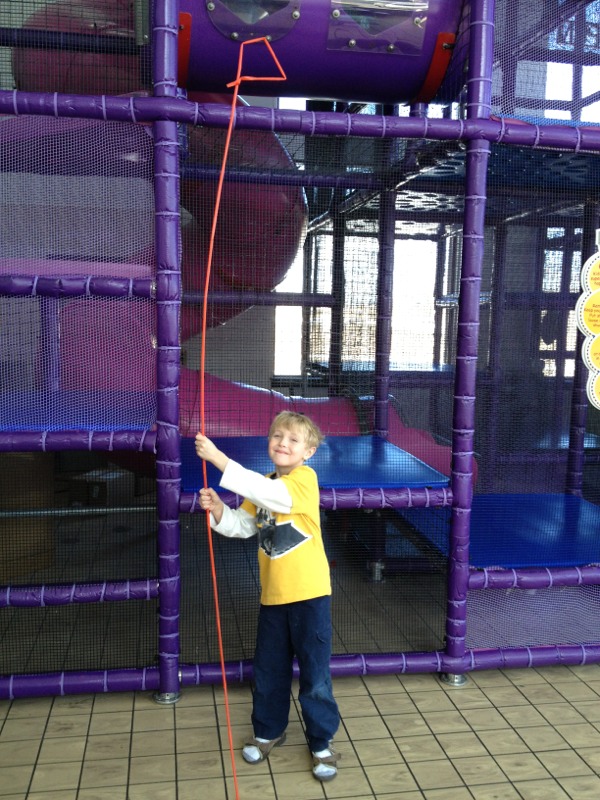 I want him to know that he can REACH FOR THE IMPOSSIBLE and that failure IS an option.

And if you are willing to link a bunch of straws together!