Daddy, Let Me Push You

Today, when I took my son to the park I had an experience that got me thinking. You see, my five year old LOVES to swing, and he’ll have me push him for a very long time – and it’s O.K. – I’ll use that time to talk to him, or sometimes just think as he swings and swings and swings. I’ve tried working with him on pumping his legs so he can swing himself, but it’s no use. He’d rather have his daddy push him still. So I do. And I try to just push until he says, “I’m done Daddy.” 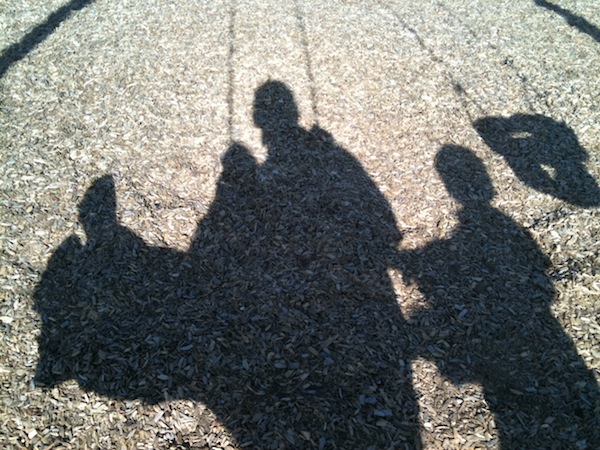 Then today after only a few minutes he said, “Daddy, let me push you.” I was a little worried I’d clobber him on one of the return swings, but he did O.K. But then, after only a minute he got tired of pushing and said, “Why don’t you try pumping with your legs, Dad, I think you can probably do it on your own.” And walked away! Just like that! After all the visits to the park where I’d pushed him for loooong periods of time, never stopping until he was done, being such a patient and long suffering Dad, all he had for me was a minute!

I had to laugh to myself.

First, I had visions of when I was an older man and might need my son to push me around. But then I got to thinking of all the times God has been so long suffering and patient with me, and yet when it comes to giving HIM time – what do I do? A quick prayer at a meal? A zapped up prayer when I have a need? Maybe a prayer before a meeting or during a worship service? After all the time He has invested in me? Even my devotional prayers – how can they compare to the time He has invested in me?!?

You know friend, that is what Yosemite Summit is all about. It’s about finally giving back to God some extended time. He’s been supporting you during hard times, and pushing the swing of your family and ministry faithfully, patiently, never stopping to rest even once… it’s time you said,

“God, Let me come spend some time with you.”