Today was a VERY exciting day for my little boy! For he got to go MUSHING! It was an exciting day for ME, because I got to drive my family on a sled across the snowly plains with mountains on all sides of me! What a thrill it was indeed! Luke got to see some dogs, which he LOVES but can’t own due to daddy’s alergies (and no e-mails about allergy-proof dogs, we aren’t going there, been there, tried that!) Here’s proof that I LIKED the dogs, just ain’t gonna OWN one! But mushing was a BLAST! And being on the sled with my wife and son inside was a really cool feeling! (Quite literally too) I realize those dogs were in more control than me – but I since another guest DID wipe out (woman driver, ha!) there was some steering to it! And I was the only one that got to do some downhill driving, though it was mostly level the whole way.

We never got over 15 MPH, but it was very windy and snowing, so not sure I’d want to go faster…. nah… I wish I could have, just not with the family on board! But how could there be a Leadership Lesson in my day of Mushing? Could there BE any lesson on Leadership from my day Mushing? I think so. These dogs have done this run a thousand times. A few of them have run the Iditarod in Alaska. Some as competitors, others as medical dogs. I’m merely a tourist who gets to feel like I’m doing the real thing here. The reality is, I’m just along for a ride. But they humor me and my family. (For a buck.) But they know the trail and run it well, really just for fun! What they ran with me today is really quite easy for them compared to what they are actually capable of, I’m sure! Sometimes in life and leadership we get to thinking we are pretty hot stuff (or cold stuff in this case) but the reality is, we are just following a path that has been laid out for us ahead of time. Either by others who went before us, or – if not – by God Himself, who determined that He wanted us to do what we are doing, He chose us, gifted us, and prepared for us the very things we are doing. And while we might think it’s pretty impressive all we are doing, it’s actually a piece of cake for God compared to what He is capable of!

I Corinthians 4:7 is a verse my dad made me memorize as a young boy, “For who makes you different from anyone else? What do you have that you did not receive? And if you did receive it, why do you boast as though you did not?” He saw that God had given me some gifts that would lead to a certain level of success in life, and wanted to make sure early on I never thought for a moment it had anything to do with me – but that I would always know, I was just riding a sled being pulled by God.

And if I ever got off that path, I’d end up looking like this: Yup. That’s me. I did go off the trail to see just how deep the snow was, and it IS deep! Luke said later, “I didn’t like when you did that daddy, I thought you were going to sink and I’d have no more daddy!” 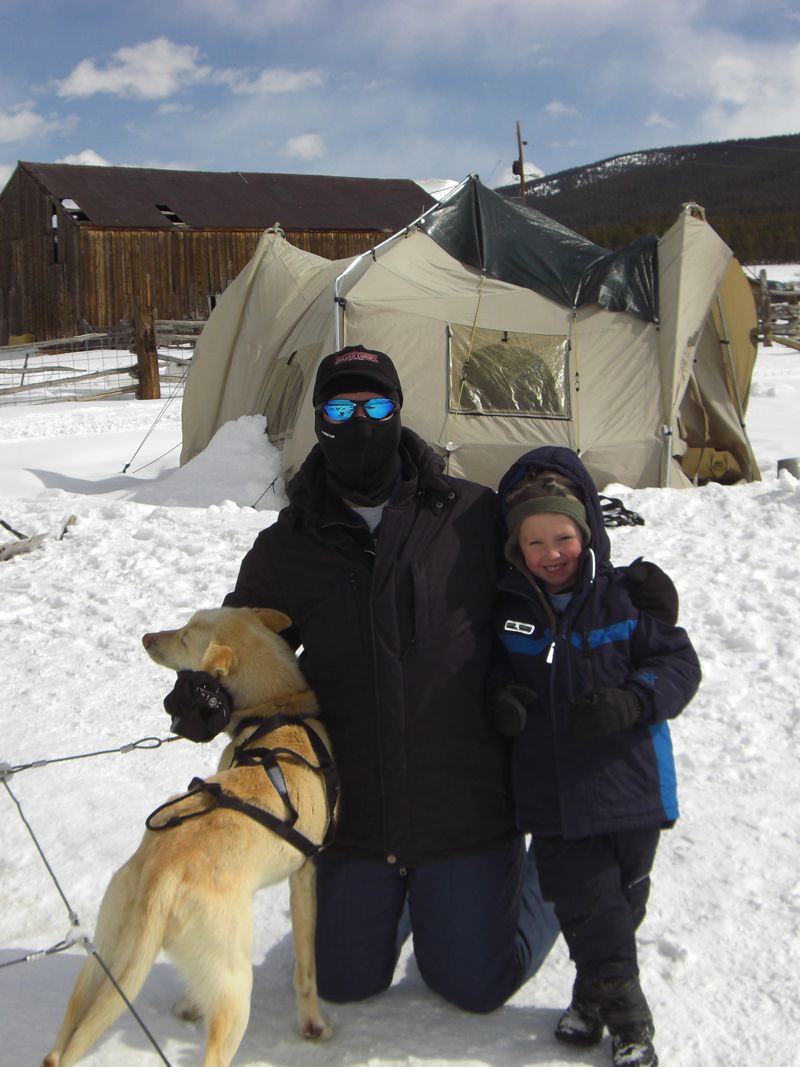 I think I’d better stay on the path for my son’s sake!