Day 9 – Thankful for Mercy and Grace

Mercy and Grace are two words that are often used inter-changeably, but while similar, are actually very different – but I’m thankful for both of them today. 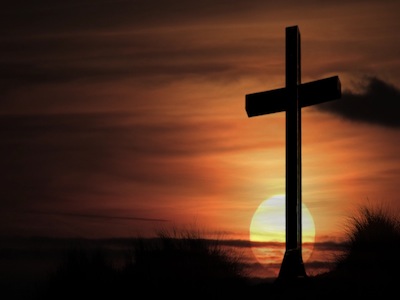 I was recently somewhere where the guest preacher’s sermon was titled, “The Power of Mercy” but the entire message was on Grace. While it was a GREAT message on Grace, he kept using the word “Mercy” to describe “Grace,” – I wondered if he had gotten any formal training for the pastorate? He had shared that he had been a worship pastor and that the former senior pastor had appointed him to replace him, so perhaps he never went to seminary or had any biblical training. I’m not trying to be nick-picky, just pointing out that often these words are confused, even by senior pastors!

So what IS the difference?

I explain the difference, even to children in “kids church,” because I think the difference is important to understand, so that we use the words correctly. They are wonderful concepts to appreciate! (and to be THANKFUL for!)

MERCY – is NOT getting what you DO deserve.

GRACE – is GETTING what you DO NOT deserve.

Both of them, is a gift of God, but they come in a different direction. You can actually be given one and not the other, or both!

Before I relate it do salvation, let me relate it to our real world. Let’s suppose my son was going to go his friend Nathan’s birthday party on Saturday, but then he does something really disobedient and the discipline is usually a spanking and three days without outings, and the birthday party falls within those three days.

I have a choice as his father. I can show mercy, and choose not spank him, but just give him a talk. But he will still miss the birthday party on Saturday, as that is part of his discipline. But when Saturday morning rolls around, and I have seen the change in his attitude, and that he is truly sorry, I can say, “Son, I see that you are truly sorry for what you did, I am going to extend grace and let you go to the birthday party today.” Mercy was not getting a punishment, grace was getting something he didn’t deserve. Mercy is something withheld, Grace is something given.

When it comes to my relationship with my Heavenly Father, I too have sinned against Him, and he has done the same for me! I am guilty of being selfish, greedy, prideful, (and other things I care not to list on my blog!) but God in His mercy has chosen to withhold my punishment because of His Son, Jesus. Being a Just God, he can not let sin go unjustified, so it has been paid for, but I have accepted that payment by acknowledging my sin, and accepting that payment for myself – in exchange for that acknowledgement and admittance, God extends Mercy, and my punishment is withheld! THAT IS MERCY!

But it doesn’t stop there! That would be enough! However, God goes even further! He THEN, because of His great love for me (and you too, by the way) decides to also extend Great Grace as well! It is simply amazing! That is why the Bible says so much about Grace! Mercy would be enough! I would settle for Mercy! To get out of my deserved punishment would suffice! But God says, I want to bless you also!

That is what Grace is – God then, after mercy, GIVES ME WHAT I DON’T DESERVE! A daily relationship with Him, forgiveness, peace, answers to prayer, and ultimately eternal life on a new earth (and heaven, but if you read Scripture carefully, we wont be floating around in heaven, we will be on the new earth folks!) It is just too incredible to to believe. Yet, it is!

So I am not just thankful for my salvation, I am thankful for BOTH Mercy AND Grace, they are two separate and different things!

It is why I marvel at God and serve Him every day.