A Monster Truck… for REAL!

Star Wars met Earth on my drive to work yesterday! There I was, drivin’ along in the PK Cruiser, listening’ to talk radio mindin’ my own bizness, when suddenly I see in my rear view mirror great clouds of smoke and explosions and cars careening off of the road… what could be causing all the choas behind me?!?!? It is an alien attack? Will I need a hitchhikers guide to the galaxy?!?!? 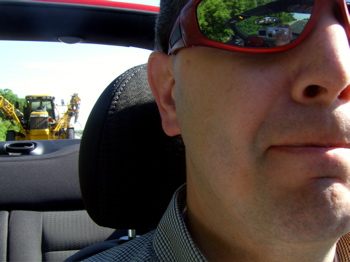 What is that THING?!?! (note camera in shades)

With cars flying off the road in every direction, I knew this would be on the evening news, this was my chance of a lifetime to get some rare photos of an alien attack on our planet! 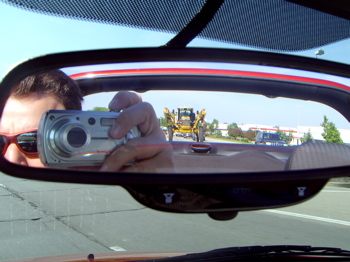 I hit the PK-Nitro-Turbo-Booster, but it was no use this monstrosity of a truck was gaining on me every second! What would I do? Would this be the end??? 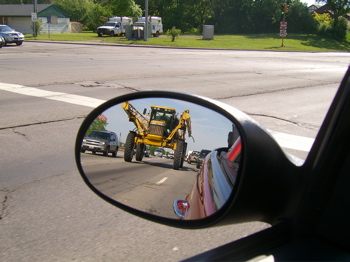 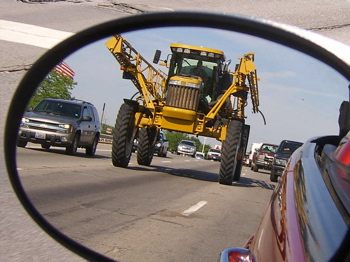 Look at the SIZE of those PINCHERS!!!

As it got next to me, I prepared to fire my fender-anchored proton torpedoes… 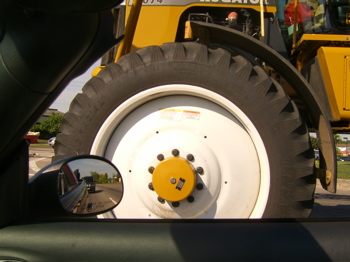 The wheels were bigger than my car! 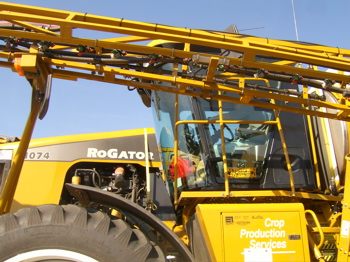 What would I do? How would I survive? Would this be the end of my blog? To see it racing past me, watch this video! (3MB QuickTime)

Through some fancy driving, I was able to out maneuver the evil truck and avoid any blasts from its twin ion canons…. and i slipped behind to unleash my own fire power….. 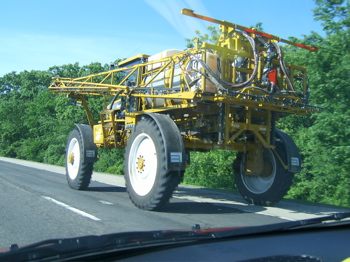 Maneuvering Behind at high speed… 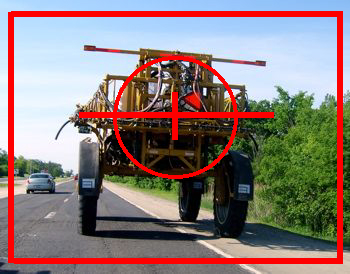 I HAVE YOU NOW!

I was about to pull the trigger when i heard the voice of a long lost mentor, “Use the Force, Karl!” so I turned off my targeting computer, just then, the phone rang, and Sara said, “Karl, you’ve turned off your targeting computer!” I answered, “I’m fine!” and settled into the last momments…. until a cop pulled up behind me…. I decided I would let him do his duty to save the earth… I pulled back (and lowered the camera) and let the copper pull ahead of me… 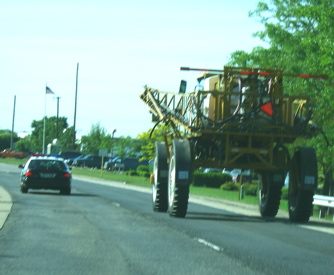 What? No red and blue lights?

Obviously, the cops are already on the take from the Empire, as the cop did nothing. But at least I lived to tell the story. I am sure this is only the first of many Rogator Fighters!BY THE WAY: My parents always said I have a tendency to exaggerate stories. While not this one, I just thought I should mention that.