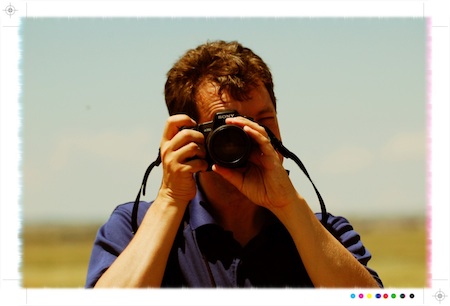 I am thankful for the gift of photography. Anyone who follows my blog knows that I love worshiping through my lens and post pictures all the time on this site. (often wallpapers and videos) I can’t imagine a world where we could not capture life and memories to look at later. Imagine all that we would forget if we didn’t have pictures to look to bring back the buried memories?

I am so thankful that we can now carry camera on our phones (even video cameras!) so that in a mere moment we can capture memories, beauty and fun moments to treasure for the rest of our life and then pass down to our family’s future generations. While it can be a lot to manage – it is a treasure.

If you are not on a Mac, it’s a lot harder to manage all your pictures!

If you are on a Mac and iPhoto is getting a little overstuffed with photos, did you know you can have multiple libraries? This is often not known! And it makes organizing your pictures even easier, as you can have separate libraries for different categories of life, and albums within those libraries and switch between them to keep it manageable.

On older OS, you just hold down ‘option’ while clicking iPhoto until it stops bouncing, let go of option, and then click iPhoto icon again, a pop up will appear asking you if you want to create a new library, or asking you which library you want to open. Yes, you can have libraries on external drives. Once you have multiple libraries, Lion will even allow you to switch between libraries.

Why would you want multiple libraries? For example, when I go to Yosemite, I might have over 5000 pictures from 8 guys! I don’t want my own iPhoto clogged up with all those pics, so I make a library named iPhoto Yosemite Summit 2011 and it is just those pictures, and have one each trip, and another for all the years combined. (There is an app for combining libraries too! But I don’t want to get too detailed here.)

Just wanted to pass on something practical in this post!