Hobbit Huddle – The Lure of Adventure!

The Hobbit came as a delight to me. I knew it would be visually stunning and the music would be sweeping and amazing to listen to… but it also rose above the usual fluff of meaningless formalistic drivel that passes for entertainment today.

While much credit must be given to the author, Tolkein, Peter Jackson has done wonders to bring it to life, and capture the wonder of this timeless story. I am not one who is bothered by the three movie approach, but looking forward to it.

When I go to a movie, I ask, What is the Message of this story? What are the timeless truths? What are the transferable principles to real life? What drove the author to write the story? Why did the movie maker create this? What can I learn?

The Hobbit is loaded with life lessons that should not be missed. Some are obvious, others are more subtle – the subtle ones are the more powerful ones.

In this post, I’ll start with the obvious: The Lure of Adventure. 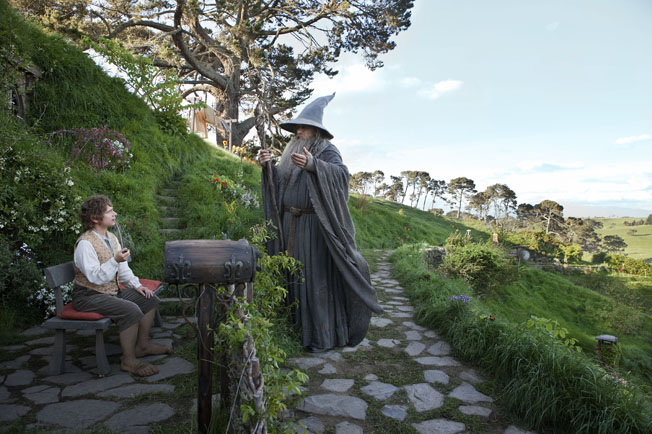 Bilbo, forgetting his Tookish roots, has settled into a life of comfort because of the culture in which he lives. It is not a bad culture, but a simple one. Then, Gandalf arrives to change all that, as Bilbo says, “In those days I was always respectable, and nothing unexpected ever happened.”

“Good Morning,” is Bilbo’s greeting as the wizard approaches. To which the wizard responds to catch him off guard,

Thus begins the breakdown of Bilbo’s simple life. Next comes the uninvited quests, the knowledge of a quest, and the introduction of a contract which includes details of “incineration” and even funeral arrangements! It is more than this little hobbit can bear. He is certain Gandalf has made a mistake in choosing him to join this motley crew, and tells him so! 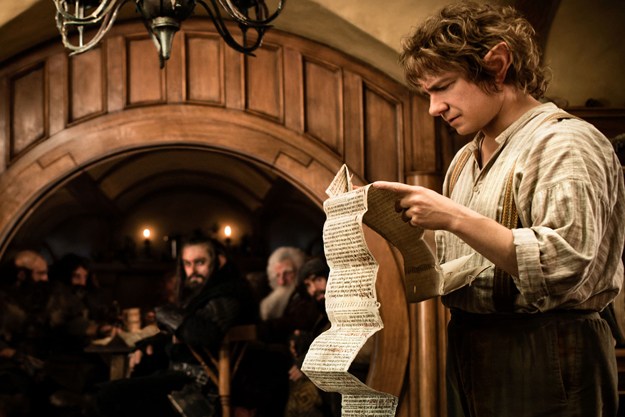 The wise wizard challenges him, after he says he just wants to sit awhile…

You have been sitting quietly for far too long. Tell me, when did doilies and your mother’s dishes become so important to you? I remember a young hobbit who was always running off in search of elves and wolves, and staying up late and coming home after dark trailing mud and twigs and fire flies. A young hobbit who would like nothing better than to find out was was beyond the borders of the Shire. The world is not in your books and maps, its out there.

What are your doilies or dishes? What things keep you from adventure? Do we get content in life? Do we avoid “adventure” when it comes our way because we become complacent in our comfortable life? Are we afraid to take chances because of the risks involved? As Gandalf admits, safety is never promised. He tells Bilbo there is no promise of coming back, other than that that he will not be the same. Adventure changes us. However, he offers him something better than safety, when he says,

“You will have a tale yourself to tell when you come back.”

What tales do you have to tell? Too many people merely arrive at death safely and have no tales to tell of a life of adventure! It reminds me of one of my favorite quotes by one of our most famous presidents who died reading a book – he was always learning – 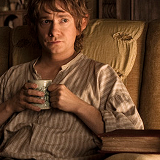 So the The Hobbit addresses adventure from two sides – it asks both, are you are willing to GO on an adventure? But it also asks, have you invited anyone to join you who otherwise doesn’t seem ready? Have you called someone to see something in themselves that they are unable yet to see by themselves? That is what leadership is all about. It is being the wizard to a hobbit. So you may be the hobbit who needs to GO, or you may be the wizard who needs to CALL. Only you can answer that. Sometimes we are one or the other in different life situations.

If you are the wizard, notice how Gandalf played his hand. He laid out the challenge. And then while Bilbo slept, the party left. The offer was made, but he did not force Bilbo to go. They left the house better than they found it, and went on their way.

Bilbo awoke to an empty, clean, and quiet house. Gandalf made him feel the emptiness of his life – he was confronted with the pointlessness of his now old life, and he knew if he didn’t run after them now, he would regret it forever. And run he did!

His first pull back to his old life came when he realized he had forgotten a small comfort of home – a handkerchief, but his new guide had to remind him he had made a choice, and life would now forever be different.

You will have to manage without pocket handkerchiefs and a good many other things, Bilbo Baggins, before we reach our journey’s end. You were born to the rolling hills and rivers of the Shire, but home is now behind you, the world is ahead.