Home Children's Ministry What if a Kidmin had reached little Bobba?

What if a Kidmin had reached little Bobba?

Over in the Kidmin Talk forum discussion on Kidmin Talk Episode 49: Mutiny, The Kids Have Taken Over Kids Church, I am offering a FREE SCAR FORCE VBS to someone who posts a picture of their favorite Star Wars character!

Karl, my favorite character is Boba Fett. He’s a clone among millions, but he’s the only one who saw Jango as his father. He had such a heart-breaking childhood experience and he chose a path of bitterness and vengeance. This kid needed a Kidmin in his life! 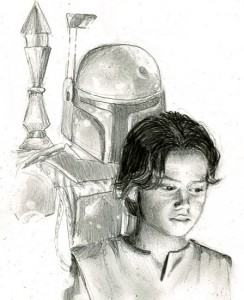 It made me think, YES!

What a lost opportunity for sure. Imagine how different the entire Star Wars saga could have been if someone had reached that poor little poor at a young age – a boy who had experienced such tragedy as a child. A boy carrying such deep emotional scars that he carried into adulthood. A boy who never got the benefit of being raised by a loving father, let alone feel the embrace of a loving mother.

Had someone found and reached this boy in his time of need, how different his life, and the lives of so many others could have been, who were destined to find themselves facing the brunt of this cooped up rage and inner confusion over his identity and misplaced life calling. 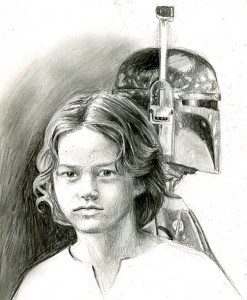 How different his life purpose could have been. Perhaps he could have even reached Darth Vader before Luke, we’ll never know, because no kidmin leader reached him as a child.

Who are the future Bobba Fetts in your life and ministry?

What paths are they on?

What will it take to reach them?

What futures will you rewrite by reaching them?

If you would like to WIN A FREE SCAR FORCE VBS post your favorite Star Wars character.