Group Publishing has honored me and my team yet again. They just published a “Top 25 Children’s Ministry Websites” list, and I was honored to see Kidology.org make the list. 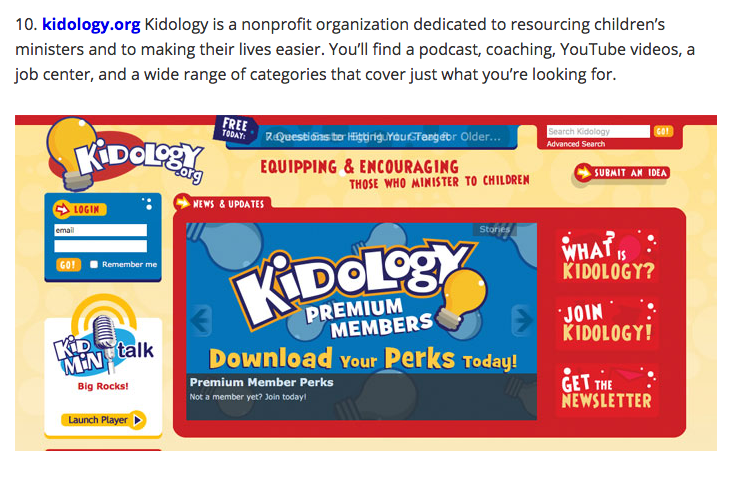 Back in 2010 Group named me as one of the top children’s ministry influencers in the past twenty years as they celebrated their own 20th anniversary as a magazine. It was a great honor not only for me, but for my entire team and all the wonderful kidmin leaders who have played a role in Kidology over the decades of ministry we have enjoyed. I posted my own list of influencers so I could pass the honor on.