A Vacuum Powered Goat and More!

Finally time for an update on our adventures! 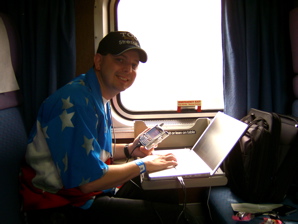 Bloggin’ on the train…

The Amtrak ride was fun. There will be some more pictures and video later, but overall it was a good trip. It was relaxing, and fun to watch the scenery. The bumpiness was ok, though walking was sometimes rough, it was fine while sitting/sleeping. The bed was NOT very nice, planning a chiropractic visit upon my return! :) But, on the bright side, I found my retirement home… 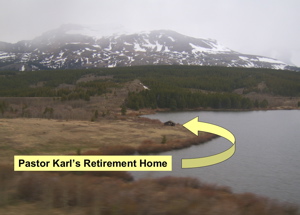 This is where I will retire…. if there is Internet, of course.

37 hours later, we arrived in Spokane. Contrary to online reviews, we arrived right on time… exept that ‘on time’ was 2:40am (4:40am Chicago time) so that added to an already rough night. 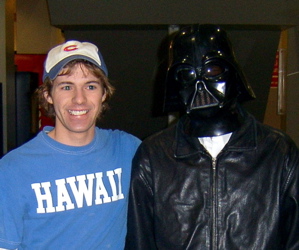 We were greeted by Darth Vader, and Daniel Bigler. 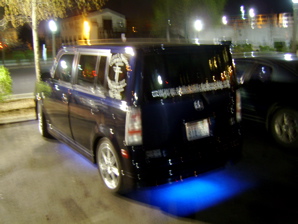 The picture is blurry to capture the lights underneath that were also under the seats inside, the children’s pastor’s ministry vehicle. (see I’m not the only CP with a cool car to interest kids!) Non-blurry pictures coming in photo gallery. 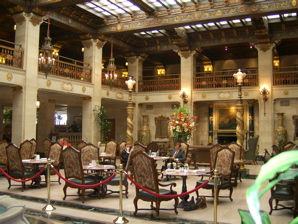 They surprised us by putting us up in the fanciest downtown hotel called The Davenport. 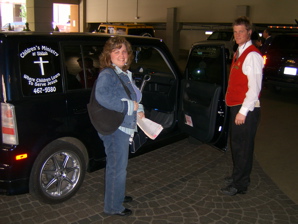 Truly ‘early church’ hospitality, Pastor Rick loaned us his car right after meeting us. As we took the keys and marveled that he would loan it to a stranger he said, ‘we’re all family and part of the same team, aren’t we?’ That’s one of the neat things about the body of Christ. (not the car, the spirt of sharing!) 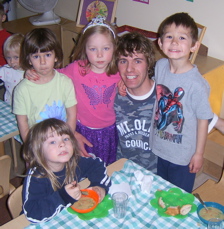 Daniel is loved by his kids!

Our first stop was to visit Daniel’s preschool center where he works. It is one of the best centers in Spokane and we were impressed with the facility and philosophy of their approach. 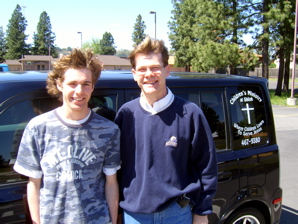 Daniel and Pastor Rick. (and the cool car)

Next we were off to Shiloh Hills Fellowship. It is a two year old church that was born with the merger of two smaller struggling ministries – and it has taken off; they had 900 on Easter Sunday. The building has grown as well as the attendance, and the children’s ministry was just ‘given’ the old sanctuary, so they are excited about what they will do with that room. (Pictures and video will be on Kidology where members will get to offer ideas/suggestions!) 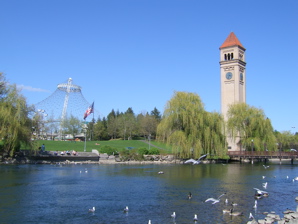 We went downtown to enjoy the sights and sounds of Spokane. It is a beautiful downtown area. There is an IMAX theater, carousel, shops, paths, etc. My favorite was the ‘eating goat.’ (shown below) Press a button on the wall, and the goat will eat out of your hand. (powered by a giant vacuum) Kinda strange, but kinda cool too. 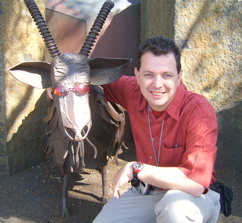 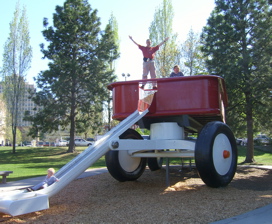 Spokane boasts of being home of the biggest wagon in the world. (I know, I gasped too!) 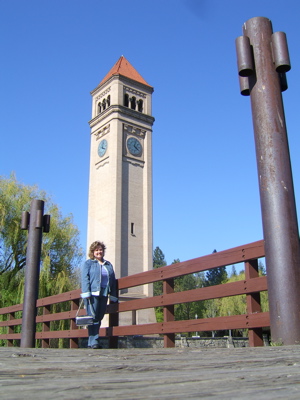 She’s not really that short, it’s the tower.

After our tour of town, it was back to church for the point of the visit – their Wednesday evening program called F.L.I.G.H.T. School. (Finding Life In God’s Heavenly Truth – the Bible) It is a FUN program that Pastor Rick created and has done for over 10 years in several ministries. Created as a more flexible alternative to the club program he used to use. It has a focus on Scripture memory, but also on life skills and application. Last night was “Water Night” filled with water games, a dunk tank, but also a lesson on Living Water and baptism. Several kids got saved. I, of course, had to visit Toys R Us on my way so that I could go around squirting kids. I found the BEST water gun ever! The A.R.M. 4000 XL 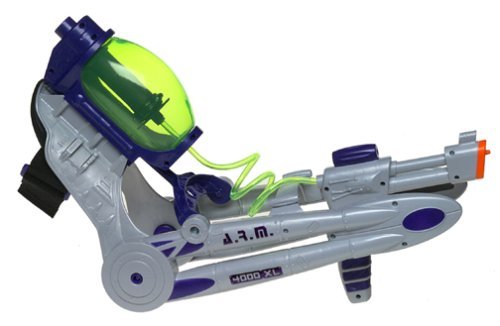 It attaches over your arm and is pumped by simply bending your elbow. I got it on sale for only $9.96 (I see on toysrus.com it is retail $29.99) My only regret is that I didn’t buy TWO, one for each a.r.m.! (Think I’ll have any trouble boarding my plane home wearing this??) 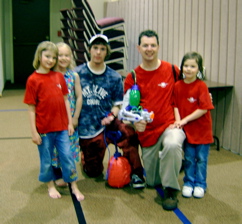 Me and Daniel and some WET kids!

This morning we went out to breakfast with Pastor Rick and visited Moody Northwest, but I’ll be posting more on that later. (Right after I get the interview with Ryan Frank posted!) But, the Liberty Baptist Gallery is now live as well as the Shiloh Hills Photo Gallery.NOTE: I have to post this blog post before I can add the gallery links, so if you are reading this in your e-mail, go online, I will edit this post and add the links and remove this sentence.