Led to Jesus by Candy

It was October 13th, 1972. I’ll always remember the date, because it’s my little sister’s birthday. Whenever my sister, Melissa, celebrates her birthday, I celebrate my spiritual birthday. Her physical age (no worries, sis, I won’t tell!) is my spiritual age!

When my mom went into the hospital to deliver Melissa, my older sister and I were both sent to different homes to be cared for so dad could focus on Mom.

I was only four years old. When I heard I was going to Candy’s house I was delighted! Candy Crowell was a favorite of all the children at church. Not only was she a sweet old lady who volunteered in the children’s ministry, but if you shook her hand on Sunday a butterscotch candy magically appeared in your hand!

I can still remember her home vividly. I can imagine the front room, the kitchen two steps up, the table where I sat eating snacks, and even where the bathroom was. (Very important when you are four!) I remember the front yard filled with scattered toys over a scarce lawn, the scruffy hedges that formed the boundaries I had to play within, but most of all I remember the Big Wheel. I still believe the kids of today are missing out by not growing up with Big Wheels! What fun they were to drive! 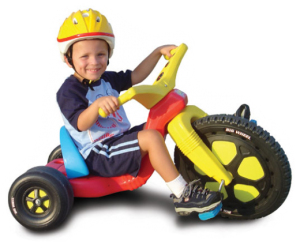 I would spend so much time ride back and forth in front on Candy’s house on the Big Wheel she had – but since I couldn’t pass the hedges, I had to keep turning around once I reached the edge of her property.

On October 13th, 1972, on one of these Big Wheel adventures, some bigger boys happened along and as bigger boys often do, they started to pick on this littler boy who was riding back and forth on his Big Wheel. Whether they were truly being mean or just intending to tease, I honestly don’t remember, but I do remember running back into the house in tears very upset by the encounter.

Candy was quick to comfort me and assure me that all was well with the world and that I was just fine. Her embrace and soft voice I’m sure was comforting. But what happened next I’ll never forget. I declared to her that when I grew up, I didn’t want to be a mean boy like the ones I had just encountered. I suppose I was looking for Candy to assure me, in her kind grandmotherly voice, “Oh, Karl, don’t you worry, you’ll turn out to be the nicest boy in town,” or something like that. But instead she surprised me by saying, “Well, Karl, I don’t know what kind of boy you’ll grow up to be. Those boys don’t know Jesus, and I suppose that’s why they are mean. Now, there are nice people who don’t know Jesus, but if you want to make sure you’re a good person when you grow up, you must decide that you are going to follow Jesus so you can have His help in becoming the kind of person He created you to be. What have you decided about Jesus?”

Obviously, I can’t quote her word for word all these years later, but I understood very clearly that what kind of person I would become wasn’t automatic. It would be determined by a choice I made about Jesus. I knew a lot about Jesus from church, but didn’t realize until that moment that I had a decision to make. What had I decided about Jesus?

Candy asked me if I had ever asked Jesus to be my Savior? Had I ever asked Him to forgive me for the bad things I do and had I decided to live for Him? She gently talked to me in a way a four year old could understand and then led me in a simple prayer of repentance and submission even as I knew neither of those big words.

Was I saved that day? Absolutely. Did I fully understand what it means to be a follower of Jesus Christ? Of course not. I was four years old. But I don’t think the thief on the cross next to Jesus got much a Christian education either after he put his faith in Jesus. Discipleship is important – but it isn’t a requirement to be saved. We are saved by faith, and faith alone. (Eph. 2:8)

Perhaps that is why Jesus made it abundantly clear that if we want to come to Him, we need to come to Him as children, just like I did on October 13th, 1972. He knew that grown ups tend to over complicate things. (Mark 10:15; Luke 18:17)

As a four year old, I understood I had done bad things. Have you?

I understood I deserved punishment for what I’d done. Do you?

I understood that Jesus loved me and took that punishment for me! Get it?

I was willing to ask Him to forgive me. Are you?

So I prayed a prayer so simple, a four year old could do it. Will you?

There was a game show in recent years called, “Are you as smart as a fifth grader?” I say, “Are you are smart as a four year old?” Have you trusted Jesus as your Savior?

Many decades later, I found out through Candy’s daughter, who stumbled upon my testimony on Kidology while researching online about her mom for her memorial service, that Candy had led countless children to Jesus over the years leading Backyard Bible Clubs. 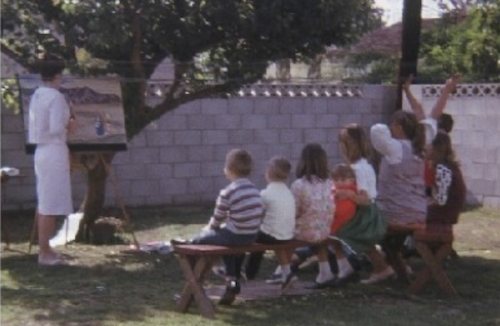 I am so thankful that Candy understood the heart and mind of a young child so well. I’m so thankful she didn’t just say, “Oh, Karl, you’ll be fine,” but instead, told me I needed Jesus.

Whether you are four, forty, or one hundred and four – the question is the same… “What have you decided about Jesus?”